Pauline Jen Ryan serves clients by taking on interim C-level roles (CEO, CBO, COO) or acting as an advisor on general corporate and business development matters. Her particular expertise is with small- to mid-size biotech companies, including startups and companies leveraging “virtual” operating models. Pauline has served as virtual CBO for a number of companies including public biotech companies in growth or transition. Most recently, Pauline served as interim co-CEO of Harbour Antibodies where she led the management of consultants/employees, started a US subsidiary and completed numerous business development transactions.

In addition to her work at Red Sky, Pauline was CEO of Verik Bio, a biotech startup pioneering T cell-based immunotherapy for solid tumor cancers. Prior to joining Red Sky Partners, Pauline helped lead investor Healthcare Ventures raise a $45M Series A round to launch Proteostasis Therapeutics. In addition to setting intellectual property and business development strategy, she was responsible for establishing and growing all business operations functions such as finance, human resources and communications from launch to 50 employees. Previously, Pauline was Senior Vice President, Corporate Development & Operations at ImmunoGen, where secured the corporate partnership with Genentech that created Kadcyla® for breast cancer. She headed corporate strategic planning, business development and alliance management during her tenure there and was also responsible for human resources, manufacturing, and program management during growth and transition stages. She was responsible for raising over $150M in corporate partnerships and was also instrumental in completing a $125M secondary offering.

Pauline is a member of The Boston Club and also volunteers as a Trustee of the Advanced Math and Science Academy Charter School, currently serving as Chair. She was previously a member of the Board of Directors for Lumio and ReviveMed, startups incubated at the Martin Trust Center for Entrepreneurship at MIT, and also for Solmap Pharmaceuticals (acquired by Forma Therapeutics). Pauline was also a founding member of the Biotechnology Industry Organization’s Business Development Advisory Committee and launched the BIO Business Development Fundamentals Course in 2003. 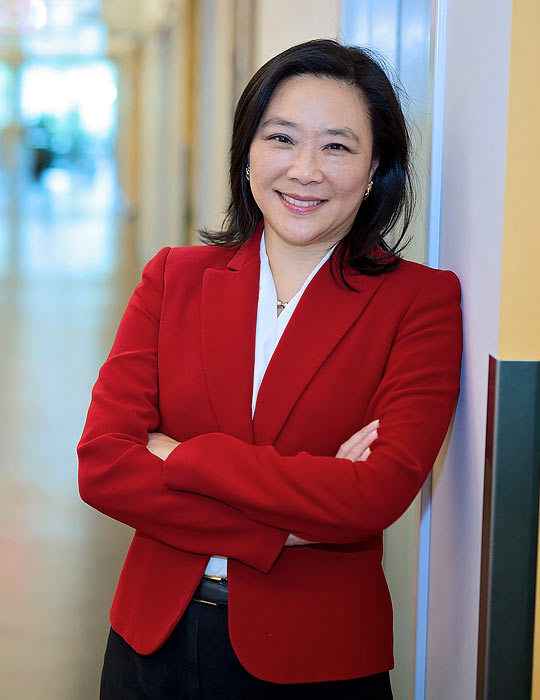